Smart Locks have been the biggest disruption in the world of residential lock systems since the invention of the key. What people don’t realize is that the simplicity of the genius of your current cylindrical pin tumbler lock wasn’t truly perfected until about a century and a half ago. It was a product of the early period of industrial revolution in the United States.

We are talking about the same time that some other important and equally revolutionary inventions were perfecting age old technologies. This was just like how the telegraph by Samuel Morse revolutionized communications; and Samuel Colt’s revolver changed the world of guns forever.

The credit for the invention of the modern design of the pin tumbler lock that is used in most homes today goes to Linus Yale Jr. that perfected this invention by about the 1860s. The most important feature was its simple design and size of the key and lock mechanism. Before his time, door keys were not something that you could easily carry in your pocket. 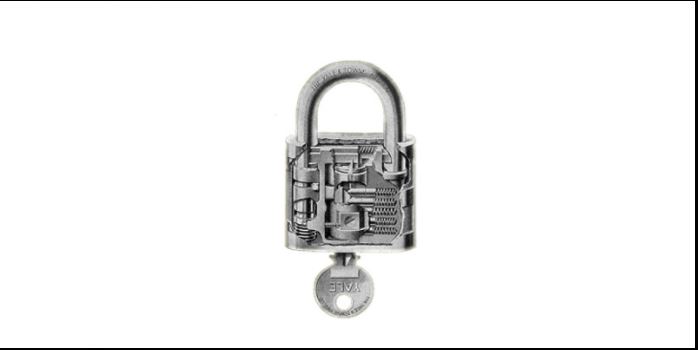 Now, the world of electronic keyless entry for doors is not new. The first designs were patented around 1975, and used first in hotels. They featured the magnetic swipe cards that are still used today. What most people don’t know is how relatively easy they are to hack!

Keyless electronic locks with pincode and combination padlocks also served as alternatives to the traditional lock and key system from luggage bags, all the way to commercial door locks for big businesses.

However, replicating the handiness of a key was not always achieved, and what if you forgot your passcode! It is much more common to forget that than your own set of keys. And the annoyance often cracking open a passcode can be often a bigger headache than simply keeping multiple copy keys. Though, the apparent security concerns of this can’t be ignored!

Smart locks are something totally unique and there are many reasons why they might as well become as important and disruptive as the smartphone itself. Smartphones themselves have revolutionized the way we conduct commerce (mobile banking), travel (Uber), communicate (WhatsApp), etc.

The invention of the smartphone can be considered to be the Industrial revolution on steroids. One device with so many multiple uses. And besides the above mentioned tasks that it facilitates, it is becoming increasingly a part of our own home.

The concept of the Smart Home is directly related to the growth of Apps that Smartphones themselves provided. This has been revolutionized also by a concept called IoT (Internet of Things). Simply put, this is where the digital interface of your smartphone can act to control physical tasks.

You can now switch your lights on and off, close your curtains and window shades, and control the heating/cooling of your own house. This can be even accomplished using voice assistants like Alexa and Siri. Hence, you don’t even need to touch your phone to do these things!

The world of locks is different for 1 major reason. It’s security! The early innovators struggled with it, and it led to a few serious issues like hacking, and the apps themselves shutting down due to a bug while updating them! This actually leads them to locking people inside their own homes!

These are big stakes, but technology has fast caught up, and we will list some of the best brands in the industry right here. Aside from that, the COVID-19 situation would prove to be a big boon for this industry since people are now more afraid of being sick from touching the wrong thing, than being locked out!

And let’s face it, you can always call a local locksmith in case of a home lockout situation!

Also, do note that the latest Smart Lock technologies feature voice activation and geofencing that reduce your need to even touch your smartphone! Geo-fencing for example tracks your location, and it will lock or unlock your front door depending on your distance from the home.

A major concern with previous electronic locks were that they either had to be connected to your home’s existing infrastructure, and/or its WiFi system (to enable it to communicate with your smartphone). This meant the possibility of being locked out if your home systems would have a blackout.!

Yes, we do know that Bluetooth enabled locks exist as well, but they are far from perfect, and their near- frequency use makes it problematic for anyone to control the lock from afar. Bluetooth systems  are also notoriously easy to hack!

One of the best solutions to the challenges posed above was patented in 2020 by August Smart Locks. Fetching for around $220- 250, this lock has been described by many as one of the best smart locks overall in the market. It puts all the technology integrated into one lock, that is sleeker and almost half the size of previous smart locks!

How does it accomplish this?

Well, it’s simple, August Smart Locks incorporated a compact design with built in battery power as well as WiFi. Making this an independently functioning lock that doesn’t need to tap into your home’s power supply or WiFi infrastructure. This is an IoT game changer for sure!

The next major thing is its versatility. When we say that it’s an IoT game changer we mean it! The lock can be controlled both by your smartphone, and even by your Apple Smartwatch if you fancy. And for those that are worried about being locked out if they miss out on their smartphone, or if God forbid, you lose it, you have the option of entry using a Smart Keypad!

And in the end, even if your WiFi or power fails, you have a traditional key entry option as well. August Smart Locks have truly left no stone unturned. For an additional price, you can even revamp your lock completely by adding a new deadbolt lock feature, in case you are not happy with your current door lock mechanism.

A two-factor authentication, secure encryption, biometric verification, and the possibility to disable your lock if you lose your phone, makes sure that every security factor is also taken care of. Hence, taking care of all possible security flaws that previous Smart Locks had.

Due to all the factors we mentioned above, it is now time to make your Smart Homes even smarter by featuring Smart Locks as part of your home. Whether it is due to the convenience, or the COVID-19 situation, this trend for smart locks has just begun and will only go further. 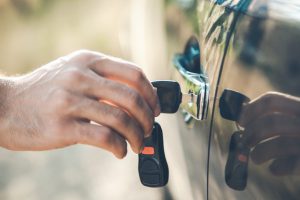 While locksmiths provide services for homeowners and business owners, locksmiths also regularly work with vehicle owners. Wondering if you should go to a locksmith or 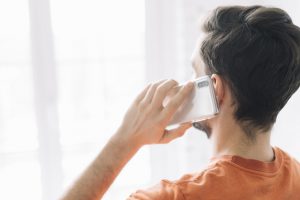 When Should You Call an Emergency Locksmith?

Locksmiths perform common lock services such as installing, replacing, and repairing locks. But what if there’s an emergency and you need the assistance of a